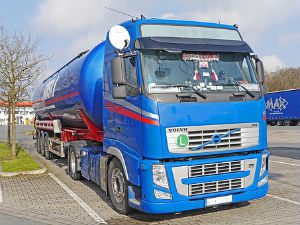 Campaigning in earnest for the 2020 presidential campaign has begun. The huge number of candidates are starting to separate themselves by emphasizing various talking points. Andrew Yang, a California based candidate, is using his platform to really take aim at the dangers of automation in regards to the economy. More specifically, he’s been discussing the negative impact automation could have on the trucking industry.

At a recent forum in Stuart, Iowa, Yang wondered aloud, “What are the truck drivers going to do when the robot trucks come and start driving themselves?” Yang went on to suggest that the country needs to devise a plan in order to cope with the loss of these jobs. In fact, he asserted that truck driving was the single most common job in as many as 29 states.

The rest of Yang’s discussion on automation and trucking centered on the notion that more and more auto companies are investing in the technology. Consequently, he worries that if there isn’t a comprehensive effort to smooth the transition between automation and our current system, then at least 3 million truckers could be out of a job.

This number is jarring and does demand that we take a hard look at this soon-to-problem. Yang’s idea is that we offer a universal basic income plan, he’s labeled the “Freedom Dividend.” This is meant to help offset the job loss caused by automation. The plan stipulates that $1,000 would be awarded each month to every U.S. adult up to age 64, funded somewhat by a 10 percent”  value added tax” on tech companies like Amazon, Google, and Facebook.

Yang makes some interesting points and his discussion digs deeper into the threat of automation. He maintains that if you take away all the truck driving jobs because they become automated, it’s not just the 3.5 million truck drivers affected. It’s also the people who work at the diners, truck stops, and motels. They will be devastated when trucks are no longer operated by people.

What do you all think? Is Yang on to something with his tax plan?

Hills: How To Destroy Your Engine in SF

San Fransisco has notoriously steep hills. Some of the steepest hills for driving in America, to be exact. There is a multitude of issues that can come from driving through San Fransisco hills and many residents pay their dues. Hills