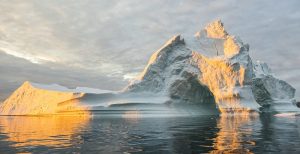 The current climate crisis has been put on the back burner due to current COVID-19 issues. While the media has pushed this issue aside, many are still wondering when and how the current issues facing our global climate will be solved.

A long time ago, a friend and I were driving around our town and typically just wasting gas. We had talked about our long drives going nowhere and realized that our carbon footprint must have been large due to our overuse of fuel. This was also the time that gas had reached the high record to date. We were both 16 in 2006 and at that time we had been questioning everything.

Climate Crisis From a 16-Year-Old’s Perspective

“Let’s just buy an old VW Bus and convert it to run bio-fuel”, my friend said. So, at 16, my friend and I got side work. He cut lawns and got a paid internship at a law firm…and I hung wallpaper. We saved enough money to purchase a 1982 VW Vanagon. It was a heap of junk and needed most parts replaced in order to get it running. Once we rebuilt it, we decided to put straight vegetable oil into the gas tank. It was a diesel engine so it had the durability to handle fuels other than traditional gasoline.

We had it running for about 4-months of just throwing raw canola oil into the engine. Since we were practically neighbors, we took turns having the bus in our driveways. One fateful morning we went to start it up and heard the very distinct knocking sound of a blown head gasket. This ended our first attempt and becoming environmentally conscious. For 16, we impressed most people especially ourselves.

At the time, gas was approaching $4/per gallon. We were pretty fortunate to have that due to the rest of the country facing even harsher gas prices. We didn’t spend a dime on fuel. Honestly, we thought we were giving a big metaphorical middle finger to “the man”. Our fuel source came from a deal with a local restaurant to use their used oil. We would put it through the filtering process and use the remains to get us to school and back.

Through this process, we realized that our carbon footprint was 1/16th that of a traditional car. Through self-analysis, we were able to deduce that if most people running this way (which we hoped would actually happen) then carbon emissions would help in the world’s fight against the climate crisis.

The Naivet Of Youth

Being naive is one of the best functions of youth. It allows younger people to experiment with solving problems. This holds true with all younger generations learning to solve problems. When we built our bus, my parents thought we were doing it to be cool. Little did they know we learned and developed our own ability to help the environment and I urge all younger generations to do the same.

July 4th is a joyous and patriotism-fueled occasion for some Americans. But for others, it acts as a bitter reminder that our nation still does not value the freedom of all its citizens equally. Today, we invite you to consider

San Francisco – A monument of Christopher Columbus is under removal from Coit Tower. The removal is underway by the city council as a means to renew the image of a peaceful community. “At a time of great unrest and