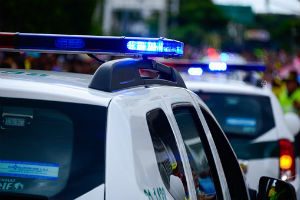 SAN FRANCISCO, CA – A 12-year-old boy incurred serious, life-threatening injuries on Tuesday afternoon after he was hit in a collision in San Francisco. This is according to San Francisco Police.

It was at 4:44 p.m. exactly when officials sent police officers to Golden Gate Avenue and Leavenworth Street to investigate the accident.

According to San Francisco Police Department spokesperson Officer Robert Rueca, the 29-year-old male driver allegedly was driving under the influence. Consequently, police promptly arrested for this offense. It remains an active investigation and further charges are pending, Rueca indicated.

After arriving on the scene, police discovered that a car had collided with a 12-year-old boy. Officer Joseph Tomlinson reported emergency officials transported the boy to a local hospital. Doctors determined the boys injuries to be life-threatening.

The man responsible for the collision stayed at the accident site and fully cooperated with the police.

The collision occurred in the Tenderloin area of San Francisco, which also happens to be District 6. This location falls under the jurisdiction of Supervisor Matt Haney. He tweeted about the incident calling it a “terrible, terrifying crash.” Fortunately, he relayed the message that the boy’s condition had transitioned from critical to stable.

Haney recently put forth a resolution to the local board of supervisors, at the behest of a pedestrian advocacy group, Walk SF, to deem a state of emergency for the rise in traffic-related pedestrian deaths. This request hasn’t become official yet, however, Walk SF says many of the Supervisors signed up as sponsors.

As of July, Walk San Francisco had recorded 15 fatal car related incidents involving pedestrians and cyclists in the year 2019 to date. Officials noted that on average 30 people per year die in the city due to these types of accidents.