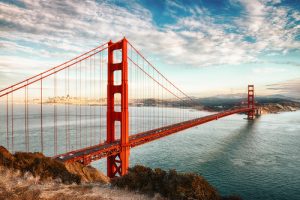 The US economy was greatly boosting in the 1990ies. The growth rate was 4 percent annually which positively impacted in all industries.

San Francisco was the epicenter for growth. Violent crime decreased by 41 percent, as did HIV/AIDS deaths. The rent cost was affordable for most of the residents, unlike nowadays. Additionally, San Francisco wasn’t struggling homeless crisis as it does nowadays.

Among the prominent triumphs in the 1990s in the Bay Area was the invention of the World Wide Web, by Tim Berners-Lee. The invention came to dramatically change the course of life for government, businesses and society. Even though Berners-Lee never directly profited from his invention, for over 3 decades he was trying to guard it from the unforeseen consequences.

The sports industry in the Bay area was also thriving. The San Francisco 49ers won the 1994 Super Bowl, and the Oakland A’s scored two West Division titles coming off their 1989 World Series win.

The entire infrastructure of the city started changing in 90ies. The Presidio turned into the national park system. The Ferry Building and the Embarcadero waterfront promenade were built during that time.

In 1996, the city elected its first African American mayor, former Speaker of the California State Assembly, Willie Brown. Thanks to his efforts, within this period San Francisco’s budget, increased to US$5.2 billion and the city added 4,000 new employees.

He was among initiators who started the development and construction of the new Mission Bay neighborhood, and a baseball stadium for the Giants, AT&T Park which was 100% privately financed.

These remarkable events greatly affected the tourism and economy of San Francisco.