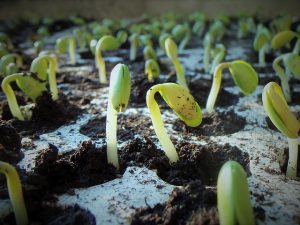 Biodiesel has everyone turning their old diesel engines into recycled veggie cars. With the world constantly searching for alternative fuels, what makes biodiesel such a sought after fuel source? Also, how can one make it in their own back yard?

THE FIRST STEP: KNOWING IF YOUR CAR CAN USE BIODIESEL

The first thing is first, do you own a diesel engine? If so, then the answer is yes. Almost all diesel engines can run on alternative biofuels. Even Rudolph Diesel (the guy who invented the diesel engine) developed alternative fuels by converting cooking oil into fuel. This was on August 10th, 1893….so it’s been around for a while.

WHERE TO OBTAIN BIODIESEL

Essentially anywhere. From the back of any restaurant to the grocery store, these oils can be found, or purchased and brought home. Now, going to the grocery store for this oil can actually put you further behind on your budget which is why so many people “loot” the back of restaurants for their used cooking oil. This will typically cost you nothing (if you play it smart), but we’re not here to tell you to rob anyone of their hard-earned grease. ost places, you can actually work out a deal with the owner or pay them some money. Just be careful and respectful.

Once you know that your car can handle biofuels and you have access to a large quantity of oil, now comes time to bring it home and filter it out. Many people will use window screens in their vat to filter out the “used” components (you wouldn’t want to stick a french fry in your gas tank). Depending on how refined you want your cooking oil to be, you can use a thinner strainer. I have used everything from window screens (for the big stuff) to cheesecloths.

There are a lot of steps you can take when filtering, but once everything is filtered through a couple of times, you can (essentially) use this oil. I typically put 8 hours-1 days worth of straining (its a process). Many others like to heat the oil and extract the fatty acids that rise to the top. You can do this too! This works to remove the “gunk” that can potentially clog up your engine.

POURING IT STRAIGHT INTO THE TANK: ISSUES

Many of the older engines that Mercedes and VW use have components that might corrode faster than you’d expect. Not only because they are old, but the rubbers and materials used aren’t necessarily meant to handle french fry oil. From rubber stops to hoses and lines, make sure everything that you are using can handle this transition. If not, the whole process will be for not. The principle here is to either save money, be more environmentally friendly or, dare I say – both.

You’ll find that many people have some backyard laboratory. You don’t need this. Simple essentials can take you just as far. The people with the backyard lab are utilizing a larger-than-most scale quantity. Still, it’s cool to watch. They want things done as correctly as possible. As from my own experience, every part of the process is done correctly, but some people put more time into the setup than others. Don’t feel like you need to have this in order to start your journey into bio-fuel.

Once everything is said, done and filtered, you can go ahead and add the oil to your car. Many individuals take the diesel route due to their car maintaining a far better gas mileage than regular petroleum-based fuels. Where my Mercedes can reach up to 33.4 miles per gallon, you will notice that by using cooking oil, your car will have lower efficiency, but don’t worry. The average drop is about 8-10% depending on how you drive. This is due to the combustion rate of cooking oil. On the plus side, chances are you didn’t pay (or paid very little) for the oil in the first place, so you’re still going to be set for a long time.

Colder areas can lead to some issues. The first is, yes, it is still a diesel engine and cold-starting can drastically affect how it runs. The second is with colder areas – the biofuel will coagulate. This will cause your fuel lines to clog up as well as your fuel injectors. For those individuals who utilize biofuels in colder areas, there are just a few more rounds of extraction. You want to get those fatty acids out of your mix as much as you can.

Another issue to watch out for is making sure your fuel is clean enough for your tank. Yes, it can be a process, but hey, its practically free, so it’s worth putting your time into it. The better you become at the extraction process, the better your driving lifestyle will become.

One thought on “Biodiesel: Extraction Process”