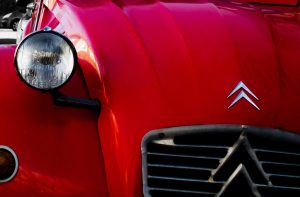 Citroen is making headlines with a new electric vehicle. Though, one might be quicker to call the DS E-Tense Performance model a supercar concept that uses electric motors from the DS Techeetah Formula E race car, for a combo of 805 horsepower. The E-Tense Performance cannot really reach production but is looking to track-test itself with two champion drivers.

But what is the story with this Citroen vehicle?

The Citroen brand believes in evolution. And the E-Tense concept shows off at the 2016 Geneva Motor Show. In such a display, the car comes in a low-slung form. The car remains the same as the original vehicle, but with something new added. Headlights have cameras now. There’s also a swap of the gaping chrome grille for a black grille instead. Therefore, this feature is an advancement. there also happens to be vents chiseled into the bodywork.

Note the fact that this concept car also has a beetle-like color. It changes shade as frequently as you can imagine.

Under the hood, there’s also a great design that shows off two electric motors and carbon monocoque or the original Citroen Formula E Model.

To say that this car produces a lot of torque is an understatement. It comes packed with a carbon monocoque and a pair of electric motors.

With a motor on each axle, the E-Tense Performance puts down 805 horsepower, and DS claims it sprints to 62 mph in around 2.0 seconds. DS didn’t reveal the battery’s size, but says it is “housed in a carbon-aluminum composite envelope” and is positioned in a central-rear location for ideal weight distribution.