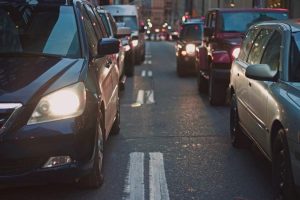 San Franciscans are returning to work, which begs the question: how bad will the traffic get?

The COVID-19 pandemic effectively suspended traffic during its worst periods. But as the pandemic and its associated restrictions ease, many worry about the return of horrific traffic into and out of the city.

However, these traffic worries so far have not come to fruition. Traffic is on the rise, but it has not reached pre-pandemic levels that some dubbed “carmageddon.” Some of the bridges into and out of the city report traffic levels around 20% lower than pre-pandemic highs. And traffic overall has remained low, as much as 23% lower.

San Francisco traffic has seen a relative decrease, too. The Bay Area’s traffic was once one of the three worst traffic areas in the US, but that ranking has since fallen. Experts believe the decrease is thanks to the heavily tech-oriented nature of work in San Francisco. Others cite an increase in public transit ridership and rising gas prices as factors.

Workers’ Worries May Not Materialize

Mayor London Breed has emphasized the need for workers to return to work in the city center. These workers patronize local businesses like eateries and bars, which need workers to return in order to survive. But many workers have worried about returning to the office, in part because of traffic concerns. If current trends hold, it seems these worries will turn out to be unfounded.

Before the pandemic, the average American drove nearly half an hour to get to work. After years of living and working at home, many don’t wish to see that commute return. People have moved to less convenient commuter locations, or they already live in more remote locations like Walnut Creek. But if you’re worried about commute times getting worse, for the time being, San Francisco traffic isn’t coming back as badly as it once was.