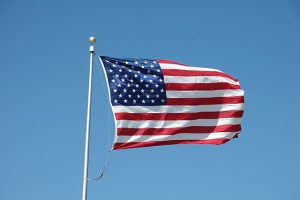 July 4th is a joyous and patriotism-fueled occasion for some Americans. But for others, it acts as a bitter reminder that our nation still does not value the freedom of all its citizens equally. Today, we invite you to consider the words of Frederick Douglass. When asked to speak on July 5, 1852, he shared some unexpected words. His podium stood in Rochester New York just 34 years after he’d been born into slavery.

Douglass summed up the heart of the speech pretty early on. The third line reads: “Are the great principles of political freedom and of natural justice, embodied in that Declaration of Independence, extended to us?” He echoes this feeling throughout the rest of his address. Again and again, he asked the crowd to consider: did they really expect the black community to celebrate freedom only white citizens possessed?

July 4th: Then and Now

In the time since Douglass’ speech, we have made progress. But that doesn’t mean we have reached equality. The effects of slavery are far-reaching.

Consider how we live in America today. At the root of most comfort and success is one thing: money. We can argue that drive and ambition act as accessories, but the fact remains: it’s difficult to get anything done without financial backing. Statistics show that Black citizens are twice as likely to experience poverty as their White or Asian friends. For years, quiet laws and ordinances have continued to segregate our country.

Keep in mind that the Civil Rights Act passed in 1964. Not even sixty years have passed. And while hard work and good luck can help propel individuals in this country, wealth is often multi-generational. The opportunities afforded to us frequently depend upon our ability to pay for them.

So during this holiday weekend, let’s keep in mind that there is still work to be done. July 4th does not, in fact, celebrate the freedom of all American citizens. If you have friends who seem reluctant to celebrate, be sensitive. This holiday might not mean to them what it means to you.