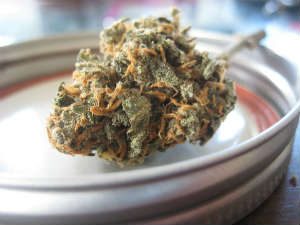 San Francisco officials will get rid of over 9,000 marijuana convictions. Some offenses date all the way back to 1975, according to District Attorney George Gascon.

The plan to expunge past convictions is the result of a year-long review. It also comes after California voter’s legalized recreational marijuana in 2016. Several California cities have plans to throw out these offenses, however, the San Francisco Chronicle noted that their city is the first to get started.

According to the District Attorney, exactly 9,362 felony and misdemeanor cases would be removed.

Prior to starting this task, reportedly only 23 people had asked the city to clear their records. The reason for this is that the process is tough.

Officials say that getting records expunged involves hiring an attorney, petitioning the court, and attending a hearing. They also cited the expense which is no small amount. In many ways, those that were targeted in the war on drugs were also those least capable of financially handling it.

Perhaps the worst part of these marijuana convictions is how they negatively affect other areas of these people’s lives. For instance, with a drug it’s often much more difficult to get a loan or receive any kind of public assistance. Only time will tell, but the reversal of these convictions will aid those in getting relief who most need it.

District Attorney Gascon’s office also sought to emphasize the racial aspect in many of these arrests. They point out that African Americans comprised only 6 percent of the city population but made up half of its weed convictions. Officials took pride in the fact San Francisco was righting the wrongs of America’s failed drug laws.

To determine the cases eligible the city partnered with Code for America. The nonprofit streamlined the using technology. They then quickly identified relevant cases. The nonprofit’s goal is to clear over a quarter million convictions in California by years end.

Opponents of the plan deem it wrong because officials aren’t considering the full breadth of the circumstances.

How about you guys? Now that marijuana is legal, should all weed related crimes be tossed?