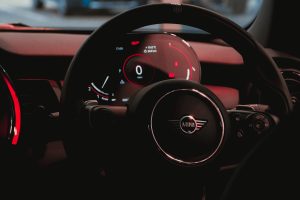 Mini is a well-renowned British carmaker and they are excited to maintain that image. Especially when all that any auto company can talk about is their new electric vehicle coming out of the woodwork, for all of us to adopt as our new favorite cars. As an electric vehicle, the Mini Aceman is likely to impress a major amount of EV-enthusiasts.

Well, what is it though?

The Mini Aceman is a new crossover that tends to take an aesthetic page from popular video games of all sorts. Mini believes that the Aceman will look like a production model that can definitely fit in well between the Cooper hatchback and the Countryman subcompact SUV. And no doubt it will impress with it’s user interface promising context-aware navigational tools.

Keep in mind, the Mini Aceman as we know it is being showcased as a concept vehicle and still has yet to be entered into production.

So what is so cool about the Aceman in particular?

Revealed to the public in Dusseldorf, this crossover SUV, as is, maintains truth to the final production model that is slated to release to the public in 2024. As mentioned before, the Aceman is likely to fit perfectly as the middle child with 13 feet in height and 6.5 feet in width.

Mini is so confident in their ecologically-friendly efforts that they are certain half of their sales in 2027 are destined to be EV models. Meaning that their last-ever internal combustion engine-powered car is going to be sold as soon as 2025. And that’s quite a statement, considering they sold about 302,000 units globally in 2021 alone.

Aceman is the second EV rolling out on Mini’s assembly line and will likely mirror the Cooper E and SE’s stats, since they are both powered by the same electric platform. The E will generate at most 135 kilowatts of power for 186 miles of range while the SE will generate 160 kilowatts with 248 miles. In typical, middle-child form, the Aceman shouldn’t be too far off those specs, from what we know so far.

Not everyone is satisfied with the struggle to introduce EVs in place of ICE vehicles. Take Adrian van Hooydonk, BMW Group’s design director, for instance. He believes that some individuals are not going to be stoked on the Aceman’s size. “We’re getting interesting feedback. Some markets say the car is too big. Others, it’s too small. So now we are aiming to go in with two crossover SUVs: this Aceman and the future Countryman. It’s hard to please all the markets worldwide with one car.”

Likely, this is all very dependent on whether or not the Aceman runs on AWD. If so, this will give other models in Mini’s lineup the freedom to explore new terrains.