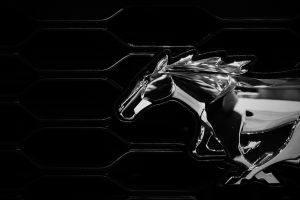 Watch out, Elon Musk. Jim Farley is quickly approaching with a vehicle you can trust. Ford has no choice but to hype the ante behind the Mustang Mach-E. It’s a direct competitor to Tesla if there ever was one. And with several other big names in the game of automaking, Ford makes it officially a race to not shy away from. Tesla may have done it’s duty in setting the bar for electric vehicles, but nothing rides quite like a Mustang does.

Sure, Ford has done some electrical work in the past, as far as their gas-powered eco-friendly models are concerned. But truly, the Mustang Mach-E is maybe the first all-electric vehicle they have made with a totally original design. I didn’t even think it to be a Ford until I saw Jim Farley’s name plastered over the intensity of this car. The Ford CEO had this to say:

“The vehicle is a game changer. For me, the Mach-E is the first true competitor with Tesla… It’s a Mustang. Tesla is not a Mustang.”

When pitted against Tesla, Ford finds their Mustang to have a smaller size, more formidable stamina on the road and possibly a less costly pricetage that maybe Tesla has accepted as a calling card. This is largely thanks to the US federal tax credit that while Tesla no longer has access to, Ford is thankfully excited about this in part because of the $7,500 savings.

CEO Farley mentions that the mass production has just recently begun to build the Mustang Mach-E in detailed volume. That’s to say, they’ll produce several dozens, probably, but in a low enough volume to test them for any kinks, while ensuring virtual perfection.

Whether you have a Tesla Model Y or one of those brand new Ford Mustang Mach-E models, you can rely on San Francisco Car Transport to deliver the vehicle safe and sound. Visit us today for a FREE Quote on our shipping!