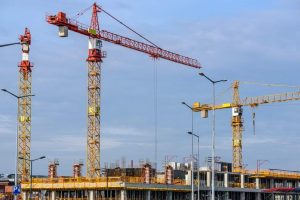 The Oakland A’s are considering a move to Las Vegas, and the city of Oakland is mulling over its options to try and keep the team. A proposed $6 billion stadium plan, which would build the A’s a new ballpark in the most-unused Howard Terminal, is under hot debate. So, what should Oakland do? Here are some thoughts on the debate.

A coalition of truckers, shipping companies, and other transportation advocates has sued the city over this proposed plan and its environmental review. Their argument hinges on the location of the new development. Though currently not in use, Howard Terminal is part of the Port of Oakland. It rests on prime land for port activity. Building a stadium there, the advocates say, will cap the amount of shipping traffic that can go through the port, which may come back to haunt the city down the line.

The team and the city of Oakland have both endorsed the plan. However, the A’s refuse to commit to either that plan or ones proposed by Las Vegas. The City Council approved the Environmental Impact Review for the plan back in February. Citing affordable housing and the removal of toxic waste, the city endorsed the plan at the time.

In recent years, Oakland has had a particularly sticky relationship with sports teams. The Raiders, formerly of Oakland, moved to Las Vegas in 2017. The Golden State Warriors moved from Oakland across the bay to San Francisco two years later. With the A’s being the only major sports team left in town, the city is understandably doing everything it can to keep the team in town. However, the question remains: is it worth it?