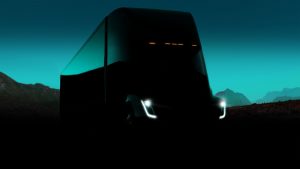 As of recent, Tesla has been testing out their electric semi on the track. And from the looks of it? Tesla is doing great with it. In fact, this may be very well the first time in a while we’ve actually seen the Tesla semi move all by itself. The prototype was last seen travelling across the country. It’s essentially been quite a while since we’ve even seen the Tesla semi move on the prowl. It was first introduced to the general public in 2017.

Tesla had two prototypes that it had shown before. In such a time, the automaker was able to take them all around the United STates in order to display the real-life world road testing. Therefore, by doing this, customers have become eager to reserve the electric semi. Of course, with a deposit. When they had begun to unveil the Tesla Semi, the automaker was certain that the electric truck was going to become available in 2019.

Of course, it was delayed then like it was delayed for “low-volume” means of production throughout late-2020. Which then was pushed back to 2021. Of course. Elon Musk had been announcing to employees that they want to bring the Tesla Semi into some capacity of “volume production.”

Tesla has made it obvious that they want the electric truck to enter production with deliveries to customers. Yet, now after this footage has been viewable on the Internet, there seems to be a renewed interest.

Behold! The Tesla Semi being Tested!

Tesla is seemingly filming the electric semi behind with a lead vehicle loaded into the back of that car. It’s pretty important to note how they’re being used as the Tesla Semis are equipping themselves with 4680 battery cells and structural battery pack architecture. These new technologies may go far.