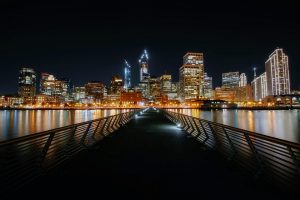 San Francisco’s skyline is rapidly growing. At this rate, with the looming threat of a major earthquake, it’s time to prepare.  Mayor London Breed has passed along her executive decision to bolster the citizens’ ability to deal with a quake. Of course, if the Big One strikes.

It seems inevitable, an earthquake that will give the city a run, or a shake, for its money. The city already has intensive plans for an array of disasters, like fires or tsunamis, but earthquakes didn’t make the cut.

London has begun modeling a “how to” playbook for citizens and businesses when facing the consequences of a major earthquake.

Chances are, San Francisco will be getting hit soon. A U.S. Geological Survey establishes that San Francisco has a 72% chance of being jolted by at least a 6.7 magnitude earthquake before 2043.

Also, this executive order calls for development amidst building standards. The seismic standards for new buildings will be even tougher. Another change comes in city policy. The policies for departments of Energy Management, Public Works and Building Inspection are receiving their own revitalization.

All of these changes stem from a report in October – the Tall Building Safety Strategy. This report measured San Francisco’s 156 tallest towers and how they might handle an earthquake. The former mayor at the time, Ed Lee, was shocked when he came to the realization that the Millennium Tower was tilting! If, or when, the ground violently shakes, the structure could crumble. Citizens and lawmakers alike were calling for strategy revival.

Unfortunately, Breed’s plan doesn’t address the 68 high-rise-buildings included in the report that require inspection for “potentially undetected damage” from the Loma Prieta quake 30 years ago.  The buildings are constructed with fused steel, which is prone to cracking in the event of an earthquake. Sadly, this was discovered during the Northridge earthquake of 1994, in Los Angeles County.

The current standards for San Francisco’s building code estimate two to six months to repair any damage from a major earthquake. Breed calls for change. But, only time will tell how at change will arrive.