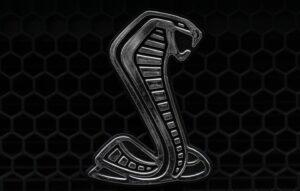 Shelby American did the unthinkable. They unveiled the GT500 Code Red over at the Woodward Dream Cruise. And this limited production model is centered around the current-generation of Mustang as inspiration. Essentially, Shelby made perfection out of a masterpiece. They took out the supercharger away from the V-8’s 5.2-liter while in turn replacing it with a pair of turbochargers.

So what are the specs?

Notice that the engine had been re-engineered by Nelson’s Racing Engines. And in itself, it was fitted with a dual-feed fuel system. This therefore allows for blends of racing fuels to be utilized. Of course, the engines cooling capacity had been increased in order to handle the extra heat. As you would drive the Code Red, while utilizing 93-octane gas straight from the pump. It’s capable enough to produce about 1,000 horsepower and 780 pound-feet of torque. Code Red is using the E85 to create as much as 1,300 horsepower with torques moving towards 1,000 pound-feet.

Upon the numerous performance upgrades, the Code Red will come with widebody kit for bigger tires. The Shelby also comes with a new interior and new badging and a carbon-fiber hood.

Regarding the overall performance of the Code Red, Shelby American says in a press release. “While not street legal, it’s very capable at moderate speeds in most any curve. But when the turbos spool up, the car is best enjoyed moving straight ahead.”

Further modifications involve the strong transmission to hang on to the increased power, while utilizing a one-piece driveshaft. The Shelby/Baer rotors and brakes are involved. So prepare to use it to the max. With the 20-inch wheels ahead of Pirelli P Zero tires and Nitto NY555R drag radials held in the back.

In conclusion, this is a great vehicle.

This car is a powerful example and is truly the best of the best. It’s a fast car that gives off the strongest engine cooling capacity. All to handle extra heat. This is a very reliable car that can push out enough horsepower to excite your enthusiasm for cruising around town again. Do you remember how fun that used to be!? Cruising around as fast as you can down the panoramic highway. The vehicle itself is going places. And you can go with it, with all the ponies it will exude. Many fans of the brand are doubtful that the vehicle will be all that it can be but perhaps it will excel beyond anyone’s expectations! That could potentially boost the stock that Ford has been so dutifully trying to boost back up since August 19th. It’s big swings like these that could make all the difference in a positive market value.