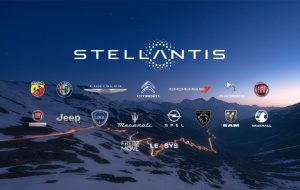 Stellantis is making a merge between Fiat Chrysler and the PSA Group one year, and then makes electrification plans throughout all brands as a result. There’s plenty of room based on the new electric vehicle platform, upwards of a 500-mile range that allows for power underneath the brands of Dodge, Chrysler and plenty more. Stellantis has made it known that they’re fronting an “electrification strategy” which involves a €30 billion investment.

A CEO of Stellantis, Carlos Tavares, has made it known that this union of machine and electricity is very well-sought out in the industry. Tavares had this to say about Stellantis: “The strategy we laid out today focuses the right amount of investment on the right technology to reach the market at the right time, ensuring that Stellantis powers the freedom of movement in the most efficient, affordable and sustainable way.”

Stellantis has been teasing all-electric editions of vehicles from their main brands anyway.

So it’s interesting to know that we’re seeing a future where battery-electric vehicles will vary per different sizes. What a shocker!

This is all based on the latest of electric vehicle platforms with a new policy! 500-miles will have to reach in range before you even think you’re going to run out of juice. This is underneath the Dodge brand and others.

More announcements were made later on throughout the day. And from the looks of it, Stellantis has a very bright future ahead of them when it comes to their services.

This includes a strategy to target more than 70 percent of sales in Europe. Additionally, it’ll rise to over 40 percent in the USA for Low Emission Vehicles by the year 2030.

There are also plans of dual battery chemistries, such as high energy-density options and nickel cobalt-free alternatives throughout 2024. There are also solid-state battery tech introductions that will come through in 2026.

Selling Your Car: How to Prepare for Sale

Selling your car on your own can be an intimidating experience. There are many steps that you have to take to make sure your car is in the best condition it can be in. But what steps really matter for

COVID-19 is a serious danger to reckon with. And no area of California knows this better than the North. Specifically, the Bay Area, is more than certain that this new subvariant is going to be a dangerous version of Omicron.