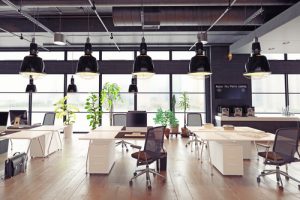 Unlike other industries, technology in San Francisco is rapidly growing and changing the reality. While the unemployment and office vacancy rates in San Francisco are dramatically low, tech stocks set new highs. Software engineers get the pricey space in new towers at headquarters and support sales going to cheaper and roomier cities.

As the tech companies grow and expand their operations, their searches for employment and expansion opportunities go beyond Fan Francisco.

Vince Sollitto, the Vice President of Yelp, expressed his concern over talent attraction in San Francisco. He mentioned that it’s getting very tough to compete for talent in the San Francisco Bay Area.

Slack, the communications software company, has signed a lease on a building in Denver. The state of Colorado is offering great benefits in tax credits for a development that could create 550 jobs.

The largest software company in San Francisco remains Salesforce. It now has 8,400 employees in the city. The company possesses three skyscrapers in the southern Financial District. Nevertheless, the growing number of employees forced the company to open offices in Indianapolis. London has a Salesforce Tower, and a New York one opened last year. It is not yet announced, but Chicago and Atlanta are logical spots where the company plans to move. Marc Benioff, the ambitious CEO, believes that the city has a lot to do with their success.

The leading entrepreneurs believe that the past decades’ growth and tech boom made San Francisco as a “top five” world city.