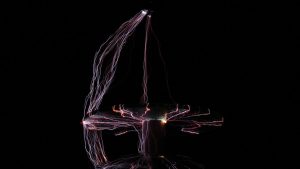 The Tesla Model S Plaid isn’t really a type of vehicle that should be considered as a hypercar. Yet, here is the vehicle itself going from Zero to Sixty in only 1.99 seconds. And sure there are more features to behold when thinking about the Tesla Model S, but the performance is what is really eye-catching about the vehicle. It was able to manage to hit sixty miles an hour below two seconds and a quarter-mile in about 9.23 seconds. That’s not something one would’ve expected from a production 4-door sedan.

Certainly, the thing that Tesla was trying to accomplish here, was that the craziest, fastest car running on electricity could very well be made by them. Elon Musk himself thought it would be pretty important when regarding the future of sustainable energy. The Model S Plaid is certainly getting in addition a tri-motor powertrain with about 1,020 horsepower of peak power. The technology hitting this machine is a worthwhile sight to enjoy.

To speak about how fast that must be would be a very taxing and slow process. So it might as well be better to show you through this clip. Who’s to say but evidence!

Take it away, Tesla!

And you would almost assume that Tesla has done it all. But I swear to you, if they can make anything besides these superfast Tesla cars that will no doubt be inserted into those Boring Company tunnels, then it will be going underwater.

If not screeching through space. That’s what I can imagine happening. It’s a fun thought, and maybe even a little scary. But that’s what life is sometimes, right? Crazy scary. Sometimes, we have to expect that the surroundings nearby will have us covered in some sort of whirlwind. Can we make our way out of it? Maybe. Maybe not always.