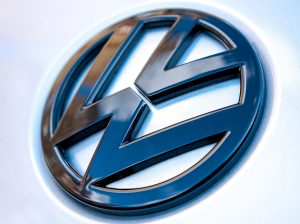 If you have any idea about Volkswagen these days, you know they’re laying heavily into the SUV sector. Whether it’s the Tiguan, Atlas models or the incoming EV ID.4, Volkswagen has the bases covered. In any case, there’s a new car in town. And it’s also known to be the 2022 Volkswagen Taos. This vehicle happens to belong to the subcategory of subcompact SUVs.

Therefore, this is an offering the Germans are likely making to best appeal to other vehicles. Taos happens to utilize an MQB-based architecture. It’s where the wheelbase reaches either 105.6 inches for the AWD or 105.9 for the FWD. In either case, there is enough space that can access a large amount of cargo. (Approximately 25 cubic feet.)

Furthermore, if you’re unaware of the distinguishment between the Taos and other Volkswagen models, you may very well rest your sights on the broad and wide LED lightbar.

Volkswagen has a brand new 1.5-liter version of the EA211 turbocharged inline-four engine.

The original version of that Volkswagen engine can be easy to find in the Jetta sedan. In which case, there’s a 1.4-liter EA211. The variable geometry of that turbocharger allows the engine to push towards a 6400 rpm redline while creating 158 horsepower and 184 pound-feet of torque. In which case, it all produces about 1750 rpm. When you consider it, that’ll be a good use to merge onto highways and create a front-wheel-drive that will accelerate the turbo-four along with a conventional 8-speed automatic transmission. The vehicle itself has very smooth shifts and even features a drive-mode selector, showcasing Normal, Eco, Sport as well as Individual settings. In the most aggressive of modes, there’s also the dual clutch enabled.