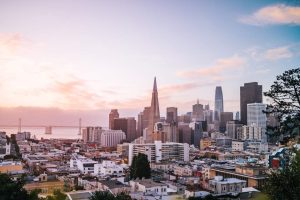 A known effect of declining populations is a decline in housing prices. Many suspect that part of the reason San Francisco’s population has decreased so much is the high cost of housing in the city. Because of this, a decline in housing prices may not be entirely negative. After a while, housing will become more affordable, leading to greater migration into the city. However, homeowners will face reduced home values, which can hurt their financial situation.

Fewer people in the city will mean fewer taxpayers. During times of population decline, local officials often have concerns about decreasing public revenue. This can create major problems for a city government tasked with performing public services. San Francisco has an annual budget of around $13 billion, so it relies heavily on tax revenue to support its operations. With less revenue from its citizens, the city’s services, like utilities and police funding, could suffer.

Roadways and traffic may see effects

San Francisco typically has very bad traffic. Many had concerns that the return to working post-COVID would bring traffic back with a vengeance. However, one of the potential positive effects of population decline is a reduction in congestion. Residents will likely welcome the reduced wait times on the road, but not all is well. Because the city will receive less funding, its capacity to perform roadway maintenance will likely suffer. This will actually increase wear and tear on vehicles, reducing their lifespan. So, it’s hard to say whether San Francisco’s cars will benefit or not from its declining population.