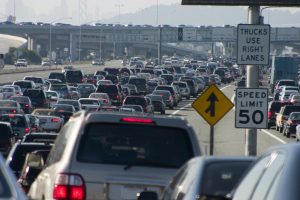 Bay Area is famous to be one of the best cities at having the worst traffic. And I-80 still remains one of the worst ones, due to the Bay Area’s most dreadful commutes report.

An Annual analysis of weekday freeway traffic and the report found that the traffic is reducing in some cases, but there are no visible improvements as people would want during these 4 years of commutes.

The rates of congestions stay at the highest levels, and for easing it out, it will require people to change their way of getting around the city. Another way of easing it out can be cities that will build more housing closer to jobs, according to some commissioners.

For the 3rd year already, I-80 is in the 1st pace in this ranking of the worst congestions – from Cesar Chavez Street to the tunnel, called Treasure Island. In the 2nd place is also I-80 but in a different direction – starting in the morning and till the evening all the way from Hercules to the Bay Bridge toll plaza.

The report estimated the weekly (weekday) commutes by hours of delay or differences between driving times.

The homeward-bound backup causes 14,500 hrs. of delay, on a usual weekday, meanwhile, the westbound way to the Bay Bridge creates 12,650 hrs. of delay.

After all the done studies, we can round up 5 main highways with the worst commutes (the study includes 2017):

All the highways made big jumps in the time passed, but I-80. The Highway stays at the same position to be the worst one.