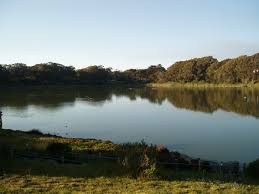 In 1976, Donald McIsaac, then 17, found the body in a shallow grave while digging for turtle eggs. He reported to police that he discovered a human hand rising from the earth. Upon examination, San Francisco police determined the remains as a young woman aged 14 to 20. They also deduced she had been in the shallow grave for up to 6 weeks.

Judy went unidentified largely because, at the time of her disappearance, it was believed she moved to New Jersey where her aunt, Ogee Gifford, lived. Not until years later did her half brother, William Shin, learn from Ogee that Judy never moved. Some decades after that, in 2017, William decided to file the missing persons report.

When shuffling through cold case files, San Francisco investigators matched the timeline between Shin’s report and Judy’s remains. Additionally, a gold chain found on the body bore a resemblance to a chain viewed in a photo of Judy. To confirm the match, they reached out for DNA samples from both William Shin and Ogee Gifford.

The DNA comparison proved the remains to be that of Judy Gifford.

As reported by the San Francisco Chronicle, Ogee Gifford, now 87, received the news from police that the remains were of her niece. She expressed she was glad with the development, but declined further comment.

Judy lived in Park Merced with her father, step-mother, and a pair of half-siblings, William, and a younger sister. She moved in with them in the summer of the year she disappeared.

Any information regarding Judy Gifford’s death should be forwarded to the San Francisco PD’s tip line at 415-575-4444, or text TIP411 with “SFPD” at the beginning of the message.