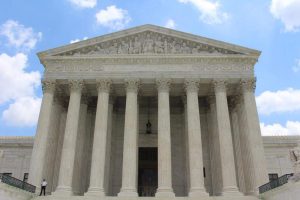 The US Supreme Court rejected a challenge to the controversial California law AB5 last month. The controversial law governs how workers are classified, limiting companies’ ability to classify workers as contractors. In refusing to review the lawsuit against AB5, the Supreme Court essentially codified it into law.

AB5, or Assembly Bill 5, was originally adopted in 2019. The law makes it more difficult for employers to classify workers as independent contractors. Therefore, AB5 should provide more workplace protections for a large number of workers.

It accomplishes this by more formally establishing the “ABC” test for worker classification. This test provides three conditions that a worker must meet for independent contractor status. The three conditions are:

Legislators drafted AB5 primarily to target companies like Uber, Lyft, and Doordash. These gig economy employers have long classified their workers as independent contractors. Contractors typically have greater freedom within their positions, but also have fewer legal protections. AB5, therefore, was intended to protect these vulnerable workers.

Who led the challenge against AB5?

A broad swath of workers and advocates from various industries pushed against AB5. One of the major groups that opposed AB5 was a group of freelance journalists and photographers. These workers expressed concern that companies would be less likely to hire them because of additional expenses. Although their challenge failed, legislators did adopt some changes that exempted some workers in these fields.

A separate petition filed by a coalition of independent truckers also opposed the law. Owner-operators make up a large part of the trucking industry. This law, they said, would make it especially difficult for such drivers to get contract work. Because most independent truckers work in a business’s usual course of work, the second part of the ABC test will challenge their status. Business owners operating out of the Port of Oakland said that the law would have huge impacts on daily operations.