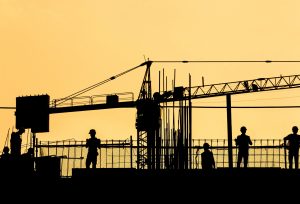 BRIDGE Housing and Mission Housing Development Corporation say they have officially opened La Fénix in 1950. It is a 157-unit affordable housing community. The architecture services were provided by David Baker Architects and Cervantes Design Associates and Swinerton Builders was the general contractor for the $115 million project.

In January 2019, the developers broke ground on La Fenix in San Francisco’s Mission District. They, in fact, financed the construction. It was with a $56.3 million loan from Wells Fargo Bank. This is according to Yardi Matrix information. To become the area’s largest permanently affordable development, the building topped out.

La Fenix Description and who the Units Cater to

The community consists of two buildings of nine and five floors. The location is at 1950 Mission St. on the former San Francisco Unified School District site. The floors are connecting by an internal courtyard and an open-air bridge at levels two through five. Featuring studios and one- to three-bedroom floorplans is what the unit is a mix of. It also ranges in size from 340 to 980 square feet. There is 8,300 square feet of ground-floor retail, Yardi Matrix shows.

Between 45 and 60 percent of AMI is what all units, in fact, cater to households. In total, there are 40 apartments that are, in fact, reserving for formerly homeless families. Moreover, 25 percent of units are setting aside for residents. This is for the surrounding neighborhood. Moreover, it is based on the city’s “neighborhood preference” program.

Therefore, the amenities have included a rooftop playground. As well as a community room with a kitchen and laundry room. There are also landscaped courtyards.

The child-care center, art studios and a gallery, as well as, a bicycle repair shop are in the neighborhood-serving spaces.

A few steps from BART’s 16th St. Mission station, the community is less than 1 mile south of downtown San Francisco. It’s in a dense shopping and dining area.