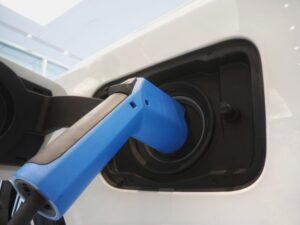 Recently, the California Air Resources Board (CARB) brought a proposal to the state assembly for them to consider. Under the Advanced Clean Fleets (ACF) proposal, California would outlaw the sale of new medium-and heavy-duty diesel trucks by 2040. CARB will accept comments on the proposal until the 17th and then will host a public hearing on it on the 27th.

It also includes guidelines for companies to replace their fleets with zero-emission vehicles (ZEVs) over time. They would need to begin buying new ZEVs by 2024 and fully convert by sometime in 2042. When paired with the Advanced Clean Trucks rule, which passed in 2020, California should see significantly more ZEVs over the next few years.

Notably, these laws would not affect smaller fleets. Still, trucking industry officials have their concerns, mainly about charging infrastructure and whether the technology is ready or not. CARB apparently believes that their concerns are second to the needs of the state’s air.

Unsurprisingly, the driving force behind this proposal is climate change. Carb noted in its announcement that the transportation industry causes a disproportionate amount of California’s pollution. Trucks and other heavy-duty vehicles account for as much as a quarter of all smog emissions in the state. With the new rules in place, all of this pollution would fall away.

The plan for diesel trucks comes just weeks after California released a plan to get rid of smaller gas-powered vehicles. According to the plan, Californians will not be able to buy a gas-powered light-duty truck or car by 2035. This rule is also pending public and EPA approval.

This ban only applies to fully gas-powered vehicles. People will still be able to buy hybrids, although they will be a lot less common. Still, these aggressive laws will significantly change the landscape of transportation in California.