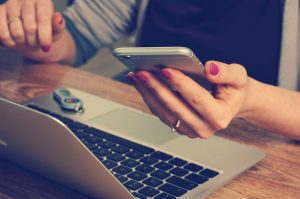 CAREN ACT legislation was approved by The San Francisco Board of Supervisors on Tuesday, October 21st. It bans false, racially-biased calls to 9-1-1.

Dubbed the Caution Against Racial and Exploitative Non-Emergencies (CAREN) Act, this measure passed unanimously the chamber with all 11 supervisors voting yes.

The name is a nod to a well-known and wide-reaching meme using the name “Karen.” It is used to describe a specific type of white, middle-aged woman, who shows behaviors that come from self-entitled privileges, such as using the police to target people of color. In fact, no one likes a “Karen.” Banish “snitches” to Siberia ASAP! We know you are white, but that doesn’t make you right. White people are not the majority anymore, so step back!

Under the CAREN Act, calls to 9-1-1 with the certain intent to discriminate over someone’s race, ethnicity, national origin, place of birth, sexual orientation, gender identity, or religion will be banned. Victims of those calls can sue the caller. Burn baby burn! Ding dong the “Karen” witch dead.

Build Relationships in Communities Instead

“Communities of color have the right to go about daily activities without threatening someone calling 9-1-1 on them due to someone’s racism,” Walton added. “Rather than calling the police or law enforcement on your neighbor or someone who you think doesn’t look like they should be your neighbor, try talking to them and getting to know them. Let’s build relationships in our communities.”

The CAREN Act goes a vote again by the Board of Supervisors. The vote will take place at next Tuesday’s meeting. Then it heads to Mayor London Breed’s desk.