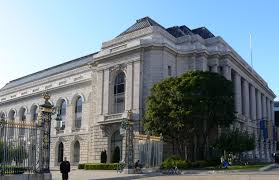 In spite of these obstacles, Boudin managed a win with a platform of progressive policies.

Nearly a thousand attended the event held at Herbst Theatre. After being sworn in, Boudin addressed the crowd with an inaugural speech.

In it, he reiterated his commitment to redirecting the aims of his office away from punishment and towards restorative justice. “Join this movement,” he said. “Join us in rejecting the notion: That to be free we must cage others.”

Chesa Boudin’s policies include eliminating cash bail, a practice criticized for holding in jail underprivileged individuals with minor offenses awaiting trial. He also intends to abandon “tough on crime” sentencing enhancements. Additionally, he will stop filing cases resulting from searches conducted during a “stop and frisk”.

“Stop and frisk — whether done while walking down the street or while driving a car — is a civil rights violation,” he said.

Earlier this week, he also unveiled the names of criminal justice experts recruited to serve as advisors.

On the opposition of Mayor Breed, Chesa Boudin called it “water under the bridge”. He expressed a willingness and necessity of working together with both Mayor Breed and law enforcement to conduct the functions of his office.

Likewise, Mayor Breed expressed an appreciation for Boudin’s cooperation. She noted his recognition of the balance between accountability and fairness.

“We can hold people accountable and we can make sure there is fairness in our criminal justice system,” she said. “I am looking forward over the next four years of working with him to do just that.”