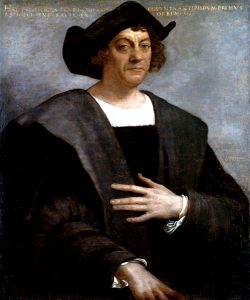 San Francisco – A monument of Christopher Columbus is under removal from Coit Tower. The removal is underway by the city council as a means to renew the image of a peaceful community.

“At a time of great unrest and deep reflection by our country, we recognize the pain and oppression that Christopher Columbus represents to many,” says Supervisor Aaron Peskin . “We believe that through public art we can and should honor the heritage of all of our people, including our Italian-American community, but in doing so we should choose symbols that unify us. The Arts and Recreation and Park Commissions will engage in a public process to determine what art work should go in that space near Coit Tower.”

Christopher Columbus ha been the subject of scrutiny over the ethics of establishing America. In his quest to expand into “The New World” he declared acts that specifically targeted other races.

Christopher Columbus is known for setting sail to cross the Atlantic and find a new route from India. While many history books name gives him credit, they seem to take away from the negative impact he had during his expeditions.

Throughout his conquest of America – he had enacted in acts of violence as well as enslavement for the native populace. The imagery of America’s history is elusive of criminal moments. The country is starting to make a shift away to create a more peaceful environment for minorities.

Not only Christopher Columbus but also Confederacy Statues are facing removal. This comes directly from the past as the civil war was the acting result of slavery. For the confederates, they wanted to keep slaves and remove themselves from the country. Some say that the statues should find a new home in a historical museum.

As for where these statues will be placed, we are uncertain. Thus, the removal gives way to promote a more peaceful approach to the history of America.