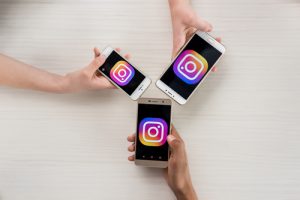 The company started with 13 people in 2010 and further grew to employ thousands of people around the world. Systrom mentioned that this is going to be the next stage of creativity and challenge. He noted that they need the time to build something new.

In 2012 Facebook bought Instagram, just before going public at $1 billion. AT the first, the suggested price seemed non-realistic for a little-known startup with no profit. The company was working ad-free, with a loyal following of 31 million users. Since that time, the service has grown to more than 1 billion users and has added many advertisements.

Facebook CEO Mark Zuckerberg considers Systrom and Krieger “extraordinary product leaders”. He mentioned that he is challenged to see the coming creative products. Instagram was something significant for Facebook since it targeted younger people and teenagers. Reaching this target groups has always been problematic for Facebook.

Instagram was always exempt from Facebook’s high-profile problems over user privacy, and fake news. Facebook recently stated that it has deleted hundreds of pages on its webpage and Instagram that were linked to global misinformation campaigns intended to disrupt elections.