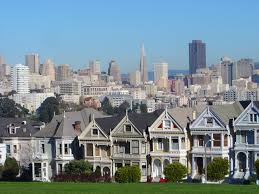 Veritas Investments, the largest landlord in all of San Francisco, plans to sell a third of its portfolio. The 76 units listed at market price are all rent-controlled.

A law enacted last year, championed by Sandra Lee Fewer on the Board of Supervisors, requires all of all property sales a 30-day window for nonprofits to purchase. As a first right of refusal, the law takes aim at the rapidly exploding cost of housing in the city by giving nonprofits a leg up.

Veritas listed their 76 rent-controlled units on the market the moment the 30-day window closed. As a result, city officials and affordable housing advocates derided the corporate landlord.

Supervisor Hillary Ronen recognized the legal adherence to the 30-day rule, however, noted a clever gaming of the system. The landlord timed their announcement to coincide the 30-day window with the holiday season. Therefore, few nonprofits would manage to express interest during a time when most employees take time off.

“When you put 2,000 units up for sale in the middle of December, you are trying to evade city laws and get top dollar and ruin people’s lives,” she said at a rally Monday.

That event, organized by fellow Supervisor Dean Preston, took place outside City Hall. During the rally, Preston called for a 60-day pause on the sale of the rent-controlled units.

However, Veritas shows no interest in such a pause. Instead, they plan to proceed with the sale, likely netting them millions.

Furthermore, the corporate landlord filed legal action against a nonprofit for the dissemination of privileged information. That information? The addresses to the units for sale. The nonprofit in the suit, Housing Rights Committee, posted the addresses on Facebook in an effort to warn the tenants of an impending sale.