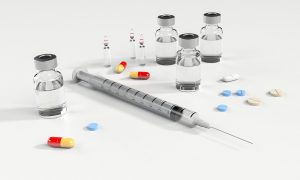 The city’s leadership struggling with how to deal with an epic number of fatal drug overdoses. In fact, 2020 was considering the city’s deadliest year ever with nearly 700 tragic overdoses. Moreover, this was triple the number of those who died from COVID-19 in the city. This is a travesty! In America, our citizens are cast out like garbage! The democratic administration wants to put illegal migrants in hotels needing $86 million in hotel space. What hypocrisy!

Leadership: Chesa Boudin is at the Helm of the City’s District Attorney’s Office

There is a notion of what is the best options for public safety and that is really up for debate. Boudin has faced harsh criticism over an uptick in murders and burglaries. In addition, to the huge among of drug overdoses in San Francisco. Moreover, leadership within the police department point to Boudin’s drug enforcement policy and expression, as a cause for concern.

Back in October, Boudin delivered a speech that was fairly tough-talking on tough issues. Those include asking law enforcement to do more than arrest street-level drug dealers. They may possess only a few grams of drugs. I say: “I need the police department to bring me kilos, not crumbs.”

Leadership Faces Very Significant Challenges Beside Discord Among the Ranks

San Francisco is also dealing with lowering the populations of jails and prisons, holding police officers responsible for misconduct, and end the cash bail. In addition, COVID-19, basically reared its ugly head, bringing what are a set of obstacles the criminal justice system has never seen before. In turn, there have been court closures, changes in poverty, and access to employment and homeless shelters.

Releasing Prisoners in the General Population Because of COVID-19

Still, Boudin wants to continue with his plans and listen to the advice of health experts. In fact, the DA has in fact released 40% of the people from the city jails to prevent the additional spread of the COVID-19 virus.

“Moreover, the way we have dealt it,” Boudin said, “specifically in the context of COVID, is to look squarely at every single person in our county jail. We have to ask ourselves, ‘Do they need to be incarcerating is there some other place, some other conditions we could put on them that would be in line with justice and public safety?'” Not on the streets of San Francisco, that’s for sure!?