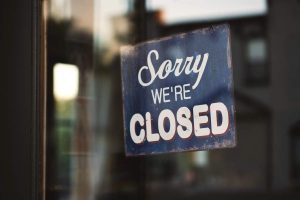 The conflict occurring in Ukraine is not making matters any easier on San Francisco and their neighborhood of Little Russia. It’s said that this area is feeling an ongoing impact of negative sorts from the invasion on Ukraine, led by President Vladimir Putin. In so many ways, innocent bystanders or restaurant owners are just receiving the short-end of the stick with all the injustice happening.

There’s problems ongoing in the area of Little Russia.

The owner of Europa Plus on Geary Boulevard, Alex Miretsky, is being told to stop selling Russian products to show solidarity with Ukraine. Can you believe that? Then, there are the owners from Georgia running Moscow & Tbilisi Bakery, encountering a similar experience. However, Daniel Korennoi himself, a refugee out of Russia, moved to the Bay Area with the same belief he holds for all refugees.

That business owners who left Europe in search of a safe haven need their space.

Of course, there are businesses that are investing in helping Ukraine rather visibly. Fiorella, for one, is an Italian restaurant that has been giving customers sunflower seeds, every time they dine at one of three restaurants from March 18th to March 25th.

Sunflowers have very strong symbolism for the Ukrainian people. Each seed represents a dollar donation to the Jewish Community Federation’s Ukranian Relief Fund or the World Central Kitchen. In such a case, the “Seeds for the Future” campaign takes its inspiration from Boris Nemchenok. That guy is the Fiorella co-founder who is half Ukrainian.

San Francisco in general is starting to draw up war lines. The question is, where do you align?

If you’re moving around town to a new home, use our door-to-door car shipping. Our team at San Francisco Car Transport is so happy to bring your cars around safely, right to your front door. Call us (628) 246-1557 for more information from our live agents.