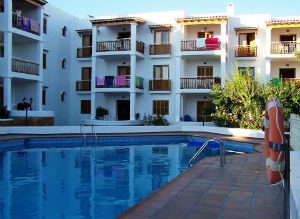 A just-released report from the rental website, Zumper, indicates the median rent for a one bedroom apartment has climbed to $3,690. This is about $100 dollars higher than January and exceeds the previous high of $3,650 which was set last September.

San Francisco’s average apartment rate is easily the highest in the nation. Prices for a one bedroom are approximately 30 percent more than the same in New York City. Even worse, it’s twice that of rents in Miami.

Zumper, the rental website, points out that rents were increasing in advance of several local tech companies filing for IPOs later this year. The website also notes that money is clearly flowing in the city. Still, it suggests that workers may not immediately buy homes but decide to spend their cash on travel and in upgrading their rental situation.

Outside the Bay area, San Jose’s average rent for a one-bedroom settled around $2,540 which puts them at 5th highest in the country. Oakland, on the other hand, came in at 9th most expensive with rents at $2,320.

Connie Garske, an executive search recruiter for Silicon Valley companies, ironically enough has explored moving out of San Francisco because of the soaring rent.

“I could even bump up the size of this place and move to the beach and have the kind of lifestyle, for less rent and easier lifestyle,” said Garske.

If you think the one-bedroom rents in San Francisco are off-the-charts, then don’t bother investigating the two-bedroom situation. These rents hover around a mind-blowing $4,630 per month.

Other notable Bay area one bedroom rents are Mountain View’s, which is a whopping $3,450 a month.