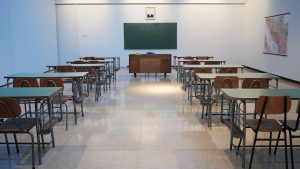 Parents part of a full-on movement along with politicians in the Golden Gate City to get kids back into classrooms stepping up that pressure this past Saturday. They are strongly calling for five full days of in-person education.

Parents and Kids United and Marched Together

From Alamo Square Park to Civic Center Plaza, hundreds of parents and kids marched. They were joined by Mayor London Breen and several elected officials who joined their rally. Organized by the group Decreasing the Distance, the event was in the most current in a campaign to get the San Francisco Unified School District to develop a plan to completely reopen public schools. Decreasing the Distance is such a great name for the event and promotes the rational and logical idea of people coming together with no fear but instead with love and closeness. Instead of driving people apart by unscientific and unfounded-based propaganda tearing away at our U.S. societal and community bonds.

A year ago, San Francisco closed its public schools. The school board approved plans only last week plans to begin bringing back in-person learning for preschool through fifth-graders. In addition, to special education students and other at-risk older groups starting April 12th. Moreover, the decision followed months of often-acrimonious debating between frustrated parents, the school board, and the teachers union.

The Union had Overwhelming High Numbers on a Vote

On Saturday, the union said that its members approved the plan on a vote of 1,753 for and 427 against. Moreover, this agreement is ‘key in keeping educators, staff, students, and families safe as we head into a hybrid model.”

On Saturday, unfortunately. parents and politicians said that the limited return to school falls short of its goals. It also does not include middle or high school students. The parents and politicians are urgently calling for all public schools to offer in-person education for all interested students right now and to guarantee it, and to start arranging for, a complete resumption of classes for the beginning of the next school year, in August 2021.

Decreasing the Distance Co-Founder Says the Time is Now

Meredith Willa Dodson says they have finally started to prioritize the reopening. Dodson is referring to the school board and is the co-founder of Decreasing the Distance. She said she has heard that from insiders it is because of them.

Giving Credit Where it’s Due: Parents!

All speaking from a makeshift stage in the bed of a gray Toyota pick truck, the mayor, State Senator Scott Wiener, and Assemblyman David Chiu, attributed it to the parents.