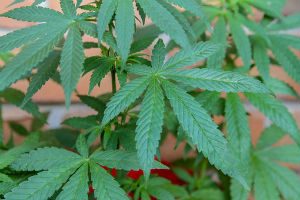 SAN FRANCISCO, CA – The Police collected over 3,000 pot plants and thousands of dollars in currency and two people charged in a string of raids in San Francisco’s Sunset district. The raids targeted an illegal grow operation in the area. Authorities announced the arrests on Tuesday.

According to the authorities, 38-year-old Stephen Pan and 41-year-old Qiong Chen were booked into the San Francisco County jail. Moreover, they charged each with four counts of illegal marijuana cultivation and conspiracy.

Armed with the appropriate search warrants the San Francisco Police Department stormed the illegal facilities on February 21st. Consequently, they raided multiple locations in and around San Francisco. However, most were in the Sunset District.

Detectives say a total of 3,412 illegal marijuana plants were taken. They also claimed three cars used in the operation. Moreover, detectives noticed there were numerous fire code violations in the makeshift grow houses. Also, the financial data collected from the scene provided evidence of a money-laundering scheme. Consequently, this aided the ongoing criminal enterprise.

Police say the investigation is ongoing, and they encourage anybody with tips to call the SFPD 24 hour tip line at (415)-575-4444. You are also welcome to text a tip to TIP411. You can remain anonymous.