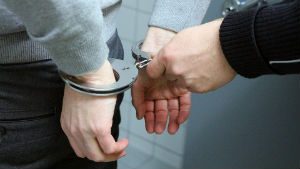 SAN FRANCISCO, California – A woman went on a hit-and-run rampage in San Francisco. Specifically, the incident occurred on Wednesday afternoon.

Fortunately, officials apprehended Ms. Neal. Then, they gave her 24 charges. Additionally, these charges include:

However, these are just some of the charges the suspect is facing.

Initially, police officers attempted to stop the suspect’s vehicle. Moreover, officers believed she was driving a stolen vehicle. Then, the suspect drove off.

Specifically, she drove onto the sidewalk by the Tenderloin police station. Then, she ran into a street worker. Furthermore, she hit some scaffolding. Meanwhile, police attempted to stop her.

Additionally, the suspect continued to drive. The suspect collided with a pedestrian near Eddy and Taylor streets. Unfortunately, police officers reported that pedestrian sustained life-threatening injuries.

Officials said the suspect then hit two cars around Market and 5th streets.

Police officers arrested the suspect there, and booked her into county jail.

According to jail records, the suspect is being held on $125,000 bail.