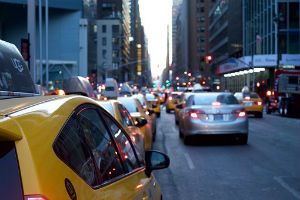 SAN JOSE, CALIFORNIA – In a research report that was released on Monday by transportation consultancy Fehr and Peers, ride-sharing companies finally accepted the fact that they contribute significantly to an increase in city-traffic gridlock.

Basically, the report showed that TNCs, or ride sharing vehicles, ranged from 1-3 percent at the metro level. However, at the city center level their vehicles accounted for 2-13 percent. Essentially, Uber and Lyft are responsible for as much as 13.4 percent of all vehicle miles in the county of San Francisco. This was easily the highest in the counties of the cities studied. TNCs also represented a significant amount of VMTs in the urban areas of Boston (8 percent) and Washington D.C. (7.2 percent).

The ride-sharing company’s admittance of increasing congestion is an about face from their previous position that ride-sharing cuts down traffic. In the case of both Lyft and Uber, they immediately published blog posts to explain and defend themselves from this analysis.

“The research shows that despite tremendous growth over the past decade, TNC use still pales in comparison to all other traffic,” Chris Pangilinan, Uber’s head of global policy for public transportation said via a blog post.

He also suggested that though TNCs are adding to an increase in congestion, that is was nothing compared to private cars and commercial vehicles.

Peter Day, head of policy research analytics at Lyft noted that, “Research has also found that the peak activity of rideshare trips take place outside of commute hours, such as nights and weekends.” He also mentioned in his blog post that ride-sharing eliminates a lot of impaired driving.