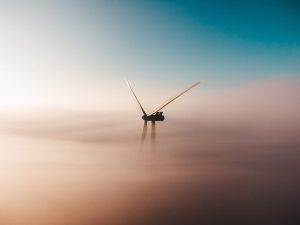 A strong, off-shore wind event which is more typically in the Fall time versus the Winter is expecting to develop today. There will be sustaining winds of 20 to 30 MPH. Also isolated gusts up to 70 MPH. This is according to the National Weather Service. These are northerly to northeasterly winds that blow from inland valleys toward the coast in San Francisco.

On early Friday morning, the winds are starting to pick up in a local region where gusts up to 35 mph recording.

Those winds do mix down into the valley which includes San Francisco. In fact, we could see the sustained gusts in the valleys of 15 MPH to 30 MPH. There may be isolating gusts which are possible around 40 MPH to 50 MPH.

Securing loose objects and structures is what the weather service did, in fact, advise people. Also, plus be aware of tree limbs that could, in fact, be blowing down.

Moreover, power outages are actually possible. In fact, high-profile vehicles and those pulling trailers may have actually had difficulty driving in gusty conditions.

Plus, the off-shore winds can thus heighten the risk of wildfires sparking and spreading. Also, the risk in Northern California is low due to the fall and early winter rains.

In fact, the winds are forecast to subsiding around 7 a.m. Saturday in valley areas. Then, at about 11 a.m., Saturday at higher elevations.

Plus, there are above normal temperatures are expecting along with the winds with afternoon highs in the 60s across the region on Friday and Saturday.