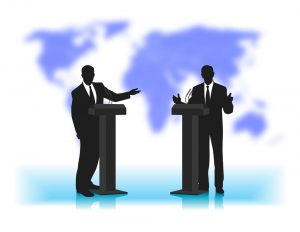 San Francisco, California – The Japanese city called Osaka cut its ties with its longtime sister-city San Francisco. The mayor of Osaka, Hirofumi Yoshimura, asked the current and former mayor to take down the statue that depicts the so-called ‘’ comfort women’’. The statue illustrates the fact that the Japanese military forced into sexual slavery in World War Second.

The statue called ‘’Column of Strength” is located in the city’s St. Mary’s Square, located in Chinatown. According to the city mayor, the statue is not fair. It sets Japan apart as one of the countries that forced women into sexual slavery during wartime.

The proposal to take the statue down disappointed San Francisco Superior Court Judge. When he was asked about Yoshimura, he said this action is simply a denial of history.

The statue was erected by the sculptor Steven Whyte and depicts three women standing in a circle and holding hands. The fourth woman is below them. She is late Korean human right activist and sex trafficking survivor.

According to a 1994 report, Japanese military founded brothels where Malaysian, Filipino, Taiwanese women were forced to be sexually obedient to military men.

Even though Yoshimura doesn’t deny this happened, but he believes the number is exaggerated.