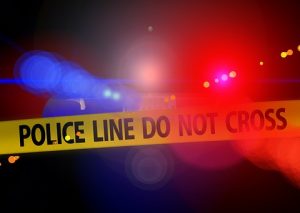 SAN FRANCISCO, CA – A woman has been taken into custody after fatally stabbing her boyfriend. According to police, the woman and her boyfriend lived together in the South San Francisco area. The incident occurred earlier in the week.

Furthermore, the woman has been identified as 30-year-old Victoria Soledad Garcia. According to authorities, police were called to the 1700 block of El Camino Real after receiving reports of a man bleeding. Once police arrived to the home at 3:22 p.m. on Monday, Soledad Garcia was arrested.

Paramedics performed every life saving measure, however with no success, he died at the scene. While the victim’s name has not been released, according to reports he was 35 years old.

Moreover, investigators concluded that Soledad Garcia was the one who stabbed her boyfriend. As a result of the stabbing, he died almost immediately. As stated by police officials, Soledad Garcia has been retained and was taken into San Mateo County Jail. The woman was apprehended on suspicion of murder, stated police.

In addition, authorities are encouraging anyone with pertinent information relating to the fatal stabbing to call the South San Francisco police station at (650) 877-8900. However, if you would like to leave your tip anonymously, you can do so by calling (650) 952-2244 or by emailing tips@ssf.net.